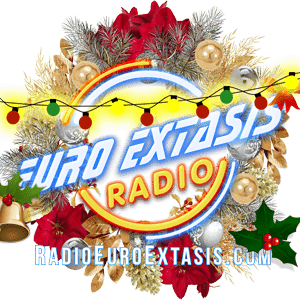 Matthew Schultz is a multi-instrumentalist, producer, singer and performer who started out playing guitar in Chris Daughtry’s first band. He has already made a strong impact on the music industry with his previous releases. His first single, Money or Me, was produced by Armando Guarnera and earned him a nomination at the 2013 EOTM Awards, as well as one for best new male artist. He followed this up with Crazy Heart (ft. Alessia Guarnera) in 2014, then in 2015 he released We Own The Night (feat. Jim Jones).

2018 saw a plethora of successful releases for Matthew Schultz. In January, he released the single Promise For Keeps, following up with a version featuring Jamaican reggae singer Gyptian and an Electric Bodega remix in the following months.

That remix has accumulated a million plays on Spotify and the track became part of a viral craze on Instagram (#promiseforkeeps), featuring some of the biggest stars from NBC hit show World of Dance. Also hugely popular was another single, All Night Long, featuring Gyptian and Rico Tayla and Somewhere Far, which has racked up an enormous 8 million streams.

It was featured on Spotify’s Editorials Chill Hits, Brand New Chill, Wachenende, Pop Relax, Slo Down, No Stress and went Viral 50 in 8 countries as well as charting on Music Week and Itunes Electronic Charts. His last release, Turn Me Up (ft. Gyptian) has accumulated over one million streams and featured on Matchbox Indie Club Hits Volume 1 – Essential Commercial Pop Club. His most recent release, One Wok (ft. Zolo) is already racking up big numbers on Spotify and is destined for similar success.

Introducing a humble yet beautifully immersive, dreamy and colourful new single, from an ever professional yet refreshingly creative Matthew Schultz

Can’t Stop proves a memorable, immersive end of summer anthem of the chilled, soothing variety, and it’s one that keeps on giving.

Coming in at a humble 2:22, Can’t Stop makes fine use of the moment and quickly gifts its melody and the addictive warmth and uplift of that bass-beat combination.

Featuring softly expressive vocals, blending personality with the accessible tones of catchy, timeless EDM, the single moves on two occasions from quiet, calm intimacy to the blissful embrace of dance – by means of seamless, skilful transitions. Never does the energy ramp up too high, just enough so to bring a sense of peace and possibility that only intricately crafted dance music with purpose tends to do.

Schultz brings a clear level of ability to the scene, and manages to create euphoric, familiar yet still original tracks in every case. His music consistently unites the sound of yesterday with that of now; alongside a subtle yet impressive edge of identity. Can’t Stop exemplifies these qualities, and naturally leaves you wanting more. DISCLAIMER: What is published on this page is created and sent by the owner of the content and / or his record label to our email for Airplay and promotion on the station, this website and the social networks of the same. The content of this page is his or them and does not constitute an endorsement by this radio station, its website and social networks.
DESCARGO DE RESPONSABILIDAD: Lo publicado en esta página es creado y enviado por el propietario del contenido y/o su sello discográfico a nuestro email para Airplay y promoción en la emisora, este sitio web y las redes sociales de las mismas. El contenido de esta página es de él o ellos y no constituye un respaldo por parte de esta emisora de Radio, su sitio web y redes sociales.